-       Globally Launched for Android users first with iOS version coming in mid-August
-       Hottest K-pop celebrities are waiting to share their daily life with global fans
-       25 K-pop stars on the lineup with more celebrities to be added! 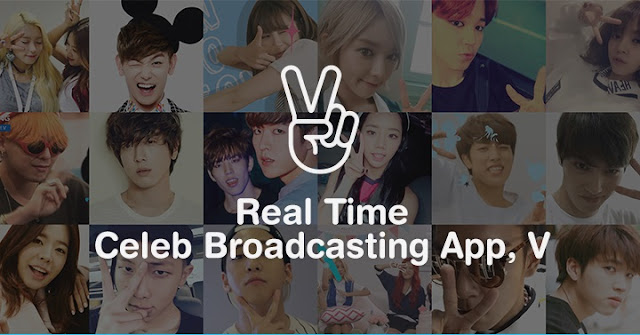 Currently, 25 K-pop celebrities are signed up on the on-air lineup, including Big Bang, SM Town, Infinite, Kara, GOT7 and Girls Day. Later on, Hong Kong stars and non-Korean celebrities are expected to join the lineup. The released Android version is supported in English first. iOS version is expected to be released in mid-August, while official version launch is scheduled for late-August. All the users can easily login to V app, using existing SNS accounts such as LINE and Facebook. V app also provides subtitle service for all users to enjoy the contents even though they don’t know Korean. With the official version release in August, Chinese and Japanese subtitle service will be provided.

All live-broadcasts are aired globally with the first broadcast to be aired on August 1st, 9:00 PM, Hong Kong Time. On the lineup, a live concert by GD and TOP from Big Bang is scheduled to be aired on August 4th, celebrating their new unit album. Other K-pop stars such as Wonder Girls, Winner and 2PM are also on the list with fun and dynamic contents to be shared with global users.

Individual channels are established for each celebrity and with ‘Star Following’ feature, users can receive alarm if their favorite star starts their live-broadcasting. With other additional features such as ‘Upcoming’ and ‘Chemi-beat,[1]’ users can be stay updated for upcoming on-air schedule and have more interactive experience with the stars. Each day, two to six new contents are released and after a live-broadcasting, users can watch the video again through VOD service.

The contents comprise three categories – ‘Special Live,’ with videos of concerts and other entertainment events, ‘App Live,’ for celebrities to provide self-developed contents with topics including beauty, cooking, education and personal counselling and ‘Spot Live’ with a sneak peek into daily life of a celebrity.

Though V app, users can watch special showcase videos and discover fun and genuine aspects of the celebrities that are never been disclosed before, depart form standardized contents commonly found on YouTube. Also equipped with real-time chatting feature, V app will provide more engaging and interactive experience for global users to enjoy with their favorite stars.

ABOUT V
V is a global live-streaming video application launched by Korea’s IT service company NAVER, also the parent company of global messenger LINE. Based on its know-how and technology established through the operation of Starcast, a live-broadcasting service providing various video contents of Korean celebrities, Naver’s V offers lively videos of celebrities, uncovering different aspects that global fans has never seen before.

ABOUT NAVER
NAVER Corporation is Korea’s No.1 Internet company, operating the nation’s top search portal 'NAVER' (both PC and mobile). NAVER has introduced many innovative services over the years, such as ‘Comprehensive Search’, ‘Knowledge iN’ and ‘Real-time Rising Keyword'. In addition, since releasing the ‘NAVER' application, NAVER has launched applications for a wide variety of services. NAVER offers innovative mobile services for the global market, including the mobile messenger LINE through LINE Corporation, NAVER’s subsidiary. NAVER launched the Webtoon service in June 2004 in Korea and has pioneered distribution and consumption of webtoons, also known as internet cartoons. (http://www.navercorp.com/en/index.nhn).
[1] Chemi-beat (as a short form of chemistry beat) is the relationship index between a celebrity and a user as beat count. Getting closer to a celeb will increase user’s BPM level. As the level goes up, the color of Chemi-beat changes. The higher the Chemi-beat, user’s chance to win the event that the celebrity is hosting increases.